How Ellen DeGeneres Changed My Life

-or- There was a Good Witch (kinda) before the Bad One

I'm living in L.A. & a college fraternity brother (friend from my pledge class), we'll call him Bunz, came to town.

Bunz also came-out to me that trip. I was the first person he told (other than one other family member). How about that!

And we did. Mostly Boys Town Gay Bars. He was Fabulous. Free. Hot to Trot.

He was "Like a Hot Fudge Sunday at a Jenny Craig Meeting!" (Thanks Stevie-D)! 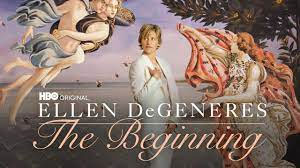 he had/got some tickets to go see an Ellen Degeneres stand-up show and, because I'm a stand-up comic, asked me if I wanted to go. I said Sure.

Whatever you think/know about Ellen now, here's what I thought/knew at the time:

- I'd seen her on Carson earlier. She was clever. Not really my kinda funny.

- She'd had a show, came-out (w/Anne Heche) & got black balled. Sooo not cool to be openly gay at the time.

- Nobody ever really got the whole Anne Heche thing.

Before we go any further, let me state clearly, unequivocally & for the record:

Absolute Upmost Respect to Ellen the Comic. She's Smart. She's Funny. She's Fun. She was on Carson. She got her Own Show(s). Anybody that can't Appreciate & Respect that is Dumb.

She was doing these shows to "work-out" for her upcoming tour & HBO Comedy Special: The Beginning. I guess maybe the reason why Bunz had/got tickets was because it was at a club called Luna Park, a dinner/bar/live kinda joint in West Hollywood (Boys Town kinda adjacent). They did lots of comedy. It was small enough but big enough but legit-ish (no social media yet) but out of the way enough but... 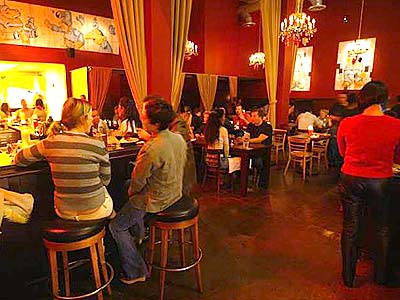 It was a really fun set, especially with the context (like most stand-up).

She was honest & vulnerable.

And what she said that changed my life was:

"I have to do a show for all these people and HBO and, well it's kindofa big deal, and I don't know if I have anything to say."

And at that moment I got it.

or the Lightbulb moment:

As a comic, I'd done plenty of talking. I hadn't said a thing. 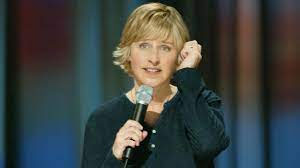 When I go back and watch The Beginning on HBO,

I don't really remember any of the jokes. What I remember is an energy. A tone. A community.

In a room full of strangers (except Bunz & Ellen, kinda), I was surrounded by friends. All of us just taking a little time-off before the really hard work. Just trying to figure out how to be ourselves & feel good about it.

Maybe even be funny.

And that's why I love great art & creative. When it's true and honest and pure, it lets you know you're not alone.

Comedy Gold: Ellen DeGeneres' The Beginning
DeGeneres' genius for squaring circles, combining TV-host warmth with a cynic's eye, allows her to highlight our, and her own, contradictions perfectly

And that's why I Love Great Art & Creative. It Lets You Know You're Not Alone. - Michael O. Taylor

Please:
Exit Thru The Gift Shop...

ProHack: This site is way more fun using NOT Microsoft ________ , preferably Chrome or Firefox & on a desktop/laptop computer or television. | w/Speakers or Headphones ; )

I Am a Weapon of Massive Consumption. It's Not My Fault. It's How I'm Programmed to Function.

"PixNinja.com is The Best Website Design and Content of All Time. Ever. +1. Whatever Anybody Says." - The Original Queen of The House